Thank You for Attending the

Thank you to everyone who supported the 2015 LEAD Awards. Your contribution has helped support the fundraising efforts of the Foundation. We hope you will join us again for the 2016 LEAD Awards.

The Foundation’s annual LEAD Awards recognizes those who have shown leadership, education, advancement, and dedication to the field of bariatric surgery. Proceeds from this event support the Foundation’s mission. 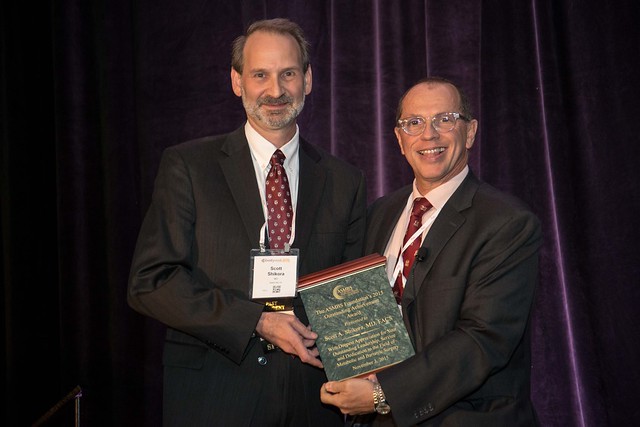 Scott Shikora, MD, FACS is a board certified general surgeon who has been involved in minimally invasive general and bariatric surgery for over 20 years. He attended medical school at Columbia University College of Physicians & Surgeons and completed his surgical residency and Nutrition Support fellowship at New England Deaconess Hospital in Boston. He then spent the next four years as a staff surgeon in the United States Air Force. He is a member of several medical societies and was active in leadership in the American Society for Parenteral and Enteral Nutrition where he is a Past President and former board member and the American Society for Metabolic and Bariatric Surgery where he was both a Past President and a former Executive Council member. Dr. Shikora is an Associate Editor of the surgical journal Surgery for Obesity and Related Diseases and the current Editor-in-Chief of Obesity Surgery. Additionally, he is a reviewer for several other journals. He has co-edited two nutritional textbooks and produced a CD ROM/DVD interactive program on the treatment of obesity, The Multidisciplinary Approach to Bariatric Surgery and Morbid Obesity. Most recently, Dr. Shikora has co-edited and co-produced two web-based, interactive, e-learning programs entitled, Clinician’s Compendium to Nutrition Support Therapy: A Comprehensive Multimedia Library and The Obesity Compendium. Dr. Shikora has authored numerous book chapters and journal publications and has made hundreds of presentations internationally on bariatric surgery and nutrition support topics. He also developed and directs the Bariatric Summit and World Congress for the Advancement of Surgery, in Israelconferences.

Dr. Shikora worked at Tufts Medical Center in Boston for over 16 years where he was the Director of the Weight and Wellness Center, and Chief of the divisions of Bariatric and General Surgery. He also was a Professor of Surgery at Tufts University School of Medicine. Currently, he is an Associate Professor of Surgery at Harvard Medical School and the Director of the Center for Metabolic and Bariatric Surgery at Brigham and Women’s Hospital in Boston.

Dr. Shikora has also won numerous awards. In September of 2011, he was awarded the Distinguished Alumni Award from his alma mater, Muhlenberg College.

Learn more about this award. Thank you to our 2015 event sponsors! Thank you to Bariatric Times for their support of the ASMBS Foundation!